Skip to content
HomeInterview with Francesca Stavrakopoulou, Hebrew Bible Scholar: “I don’t like to be a token anything” 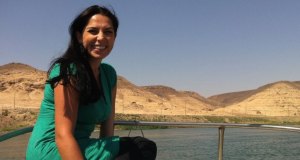 Stephen Knight interviews Professor Francesca Stavrakopoulou (University of Exeter) about her work as a biblical scholar, biblical scholarship, feminism, her views on religion, and rituals for dealing with the dead. The interview was Episode 65 in the Godless Spellchecker’s Podcast series.

Available on Mp3, iTunes and Stitcher.

We talk the historicity of Jesus, Sunday morning television barneys, Richard Dawkins, Feminism, faith schools, the destruction of ancient temples in Palmyra, the Qur’an pages found in Birmingham and why she loves corpses! Also, Star Wars or Star Trek?

4 thoughts on “Interview with Francesca Stavrakopoulou, Hebrew Bible Scholar: “I don’t like to be a token anything””