The Theology Programme at the University of Otago is offering three free Zoom talks on selected Biblical topics: The sexually abused Jesus, Passover traditions in the Bible, and New Testament house churches.

Each session will involve input followed by facilitated discussion.

On September 22, 2019, Professor Mark Smith delivered a lecture at Boston College Department of Theology on the Jewish conception of God in the Hebrew Bible.

“Ancient Israel’s unique notions of God drew on non-Israelite material from two related sources. First, Israel arose out of a Canaanite cultural matrix that has been well studied over the past century.  Second, during its heyday, ancient Israel maintained continuous cultural, economic and political interactions with Egypt, Mesopotamia, and Syrian states to the north. The culture of these places influenced the development of Israelite religious thought at every point.  Professor Smith focuses specifically on the ways such interactions helped lead to Israel’s understanding of God.”

On January 28, 2011, Professor Hindy Najman delivered a lecture on Jewish responses to the destruction of the First and Second Temples, “Overcoming Destruction in Ancient Judaism”, at King’s University College at Western University, Canada.

In this lecture we will explore the struggles of ancient Jewish communities to redefine themselves in the aftermath of the destruction of the first and second temples.  What role did prayer and interpretation play in their literary witnesses from this period?  Was human-divine interaction still understood as imaginable when the Jewish community was bereft of its temple, land and independence?

The biblical account of the Exodus has always been significant for Jews in constructing their history, identity and theology. The story of how God acted through Moses to free the Israelite slaves from their suffering in Egypt is, not surprisingly, retold in numerous Jewish writings throughout the centuries.

In Graeco-Roman times, the large number of Jews living outside of Palestine in cities and towns throughout the Empire particularly enjoyed celebrating Moses as a Hebrew hero who triumphed over hostile foreign powers. One of the most interesting of these retellings, known as the Exagoge, takes the form of a Greek Tragedy. I will discuss the interpretation given to the Exodus in this play, and how this compares to that found in other early Jewish sources and the New Testament.

This text raises questions which are still relevant today, including how far religion can be assimilated to different cultures, and how free theologians should feel to adapt authoritative sacred texts to respond to new circumstances.

The lecture is available for viewing on Panopto: 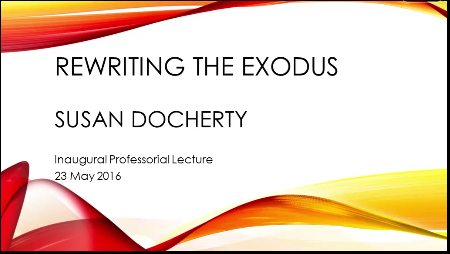 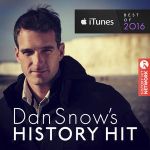 On January 17, 2017, Professor Francesca Stavrakopoulou (University of Exeter) was interviewed by Dan Snow (BBC) on the History Hit podcast. The topic is “The Historical Reliability of the Bible“, and Professor Stavrakopoulou provides a summary of mainstream scholarship on the historicity of the Hebrew Bible / Old Testament.

Professor Ron Hendel (University of California at Berkeley) delivered a lecture at the Arizona Centre for Judaic Centre on March 9, 2015, on the subject of “The Exodus as Cultural Memory”.

The Exodus is a central event in biblical and Jewish memory. But according to the archaeological and historical record, it is unclear what it is a memory of.  I propose that it is, in part, a transformed memory of the demise of the Egyptian Empire in Canaan, which facilitated the emergence of Israel as an independent people.  The story served as an engine of a distinctive cultural identity, a function that it continues to perform today.

A version of the lecture was published in Israel’s Exodus in Transdisciplinary Perspective, edited by Thomas E. Levy, Thomas Schneider, and William H.C. Propp (Springer, 2015).

How a Marxist-inspired theory and Soviet-era Russian scholarship help us better understand the world of the Bible. Joseph Ryan Kelly talks with Roland Boer about his new book, The Sacred Economy of Ancient Israel.

Videos of Professor Thomas Römer’s 2014 and 2015 seminars at the Collège de France, entitled The Book of Exodus: Myths and Stories, are available at the Collège’s website, or for download at the links provided below (800mb+). The seminars have been overdubbed by an English translator.

His lectures cover similar material to that in his book, Moïse en version originale (Bayard, 2015).

Thomas Römer is Professor of Old Testament at the University of Lausanne (UNIL) and the Collège de France, and author of many works, including Israels Väter (1990), on the Patriarchal traditions in the Pentateuch, and The So-called Deuteronomistic History (2007), on the unity and disunity in the books of Deuteronomy to Kings.

20 FEBRUARY 2014, 2:00 pm
Introduction: Between Autocthony and Allochthony – the Invention of the Exodus

27 MARCH 2014, 2:00 pm
From the Divine Name to the Attack of Moses. Preparations of the Narrative of the Plagues

10 APRIL 2014, 2:00 pm
The Institution of the Passover and the Passage of the Sea. The Historicization of a Myth

Professor Marty Michelson (Southern Nazarene University) presented a lecture on the characters in the book of Samuel, in Oklahoma City on April 23, 2015, as part of the Museum of the Bible’s lecture series.

The University of Notre Dame is offering a free 8-week course called Jesus in Scripture and Tradition, available from June 1, 2015.

The instructors are Professor Gary Anderson (Hebrew Bible/Old Testament) and John C. Cavadini (Theology). The course can either be taken for free (audited), or at certificate level (at US$50), and in either case you will receive full access to the course materials.

About this course
The Bible says that Jesus was identified as God’s beloved son at his baptism. The same identification was made about Israel in the Old Testament and the disciples of Christ at their baptism. The striking similarity of these titles establishes a tight interrelationship between the people Israel, the person of Jesus Christ, and the church.

In this course, we will explore how a close reading of the book of Genesis, the Gospels, and early Christian writers can shed further light on these relationships and, in so doing, deepen our understanding of the figure of Jesus Christ. Unlike many other treatments, this course does not presume that Jesus’ character can be plumbed solely by an examination of the Gospel stories. The witness of the Jewish scriptures and the lives of the saints are also important sources for this task.

The course will be eight weeks in length and organized around three topical questions:

No matter what your background in the study of theology, this course will provide a fresh approach to the identify of Jesus Christ that will reveal how the church has explored the unmeasurable depths of his person. 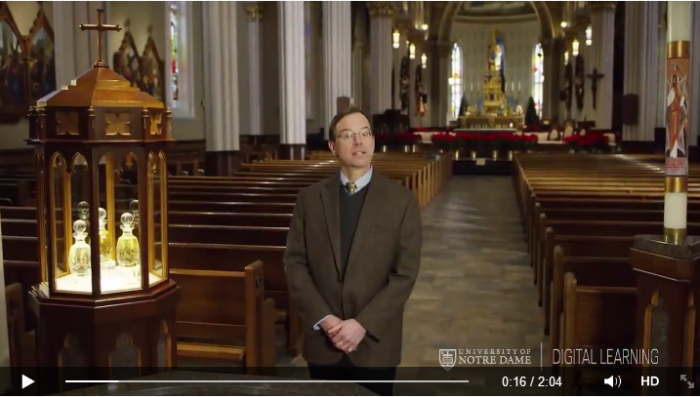 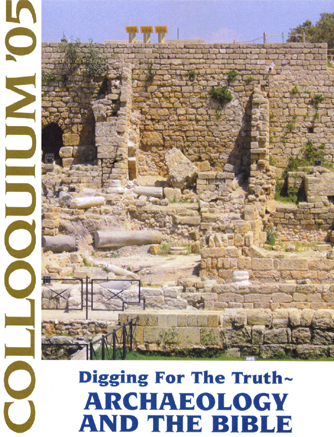 In October 2005, the International Institute for Secular Humanistic Judaism invited Israel Finkelstein and Amihai Mazar to speak on the historicity of ancient Israel. The proceedings of Colloquium ’05 were published by the Society of Biblical Literature as The Quest for the Historical Israel: Debating Archaeology and the History of Early Israel.

Videos of the lectures have now been made available on YouTube.

“Archaeology and the Bible” Israel Finkelstein

“Archaeology and the Bible” Amihai Mazar

“When Did the Jewish People Begin?” Israel Finkelstein

“When Did the Jewish People Begin?” Amihai Mazar

Colloquium Panel Response: When Did the Jewish People Begin?

“The Kingdoms of Israel And Judah” Israel Finkelstein

“The Kingdoms of Israel and Judah” Amihai Mazar

Israel Finkelstein – Jacob M. Alkow Chair in the Archaeology of Israel in the Bronze and Iron Ages at Tel Aviv University, author of The Bible Unearthed: Archaeology’s New Vision of Ancient Israel and the Origin of its Sacred Texts.

Amihai Mazar – Eleazar Sukenic Chair in the Archaeology of Israel ad Hebrew University in Jerusalem. Author ofArchaeology and the Land of the Bible.

Brian Schmidt (moderator) – Professor of Near Eastern Studies at the University of Michigan. Author of Israel’s Beneficent Dead.

Harry Cook (panel) – Episcopal minister and journalist, former columnist for the Detroit Free Press, author of Christianity Beyond Creeds and Sermons of a Devoted Heretic.

Yaakov Malkin (panel) – Professor of aesthetics and rhetoric at Tel Aviv University, author of many works including Judaism Without God – Judaism as Culture, The Bible as Literature.

Paula McNutt (panel) – Professor of Religious Studies and Dean of Arts and Sciences at Canisius College in Buffalo, NY.

Rabbi Sherwin Wine (panel) – founding rabbi of the Birmingham Temple and Humanistic Judaism, author of Judaism Beyond God and Staying Sane in a Crazy World.

The program title for the 73rd meeting of the Board of Governors of the Hebrew University of Jerusalem was “Genesis: Origins of the Universe and Humankind”. The meeting involved professors from various disciplines within the university, including the following offerings from biblical scholarship:

Prof. Nili Wazana – Forever Outsiders: The Origins of Israel According to the Bible (1:08:05)

Professor Oded Lipschits and Ido Koch of Tel Aviv University are to present a 6-week Coursera MOOC (Massive Open Online Course) on the archaeology and history of Jerusalem: “The Fall and Rise of Jerusalem”.

The course will begin on October 26, 2014, and enrolments are now open.

The period of the demise of the Kingdom of Judah at the end of the sixth century B.C.E., the fall of Jerusalem to the Babylonians, the exile of the elite to Babylon, and the reshaping of the territory of the new province of Judah, culminating at the end of the century with the first return of exiles – all have been subjects of intense scrutiny in modern scholarship. This course takes into account the biblical textual evidence, the results of archaeological research, and the reports of the Babylonian and Egyptian sources and provides a comprehensive survey and analysis of the evidence for the history of this 100-year-long era. The course includes a detailed discussion by Prof. Oded Lipschits of Tel Aviv University, with guest lectures by leading scholars dealing with the archaeological and biblical aspects of this debated topic.

Professor Oded Lipschits delivers the inaugural Dr. David A. Kipper Ancient Israel Lecture at The Oriental Institute, University of Chicago, entitled “The Myth of the Empty Land and The Myth of the Mass Return: A New Look on the History of Judah under Babylonian and Persian Rule”, April 29, 2013.